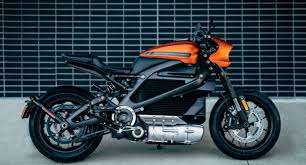 Harley-Davidson has stopped production and conveyance of its first electric cruiser, the LiveWire, in the wake of finding what the Milwaukee-based producer depicted as a non-standard condition.

Harley-Davidson disclosed to TechCrunch it isn’t reviewing LiveWire motorcycles as of now out and about. Reuters was the first to report that Harley-Davidson had halted creation and conveyances.

“We recently discovered a non-standard condition during a final quality check; stopped production and deliveries; and began additional testing and analysis, which is progressing well,” HD said in an announcement.

“We are in close contact with our LiveWire dealers and customers and have assured them they can continue to ride LiveWire motorcycles. As usual, we’re keeping high quality as our top priority.”

Harley-Davidson has not said when generation and sale could continue, nor did it give more data on the non-standard condition.

The production stoppage takes steps to crash Harley-Davidson’s bet on electrification. The $29,799, 105 torque electric motorcycle was to be the first of a future line-up of EVs from Harley-Davidson crossing bikes, bikes and bikes.

The LiveWire went into generation in 2019 following quite a while of indications and even an idea electric motorcycle roadshow. Conveyance to vendors started September 27.

New motorcycle sales in the U.S., especially to clients matured under 40, have been in the doldrums since the downturn. Harley-Davidson’s incomes have dropped throughout the most recent decade. Harley-Davidson’s work day to electric motorcycles is an offered to hold down its dedicated gas-bike following, while at the same time making items to speak to twenty to thirty year olds and the on-request mobility showcase.

This sets the notorious American company in a place to hedge rivalry from a yield of e-moto new businesses —, for example, Zero — and hop out front as the EV head among set up motorcycle companies.